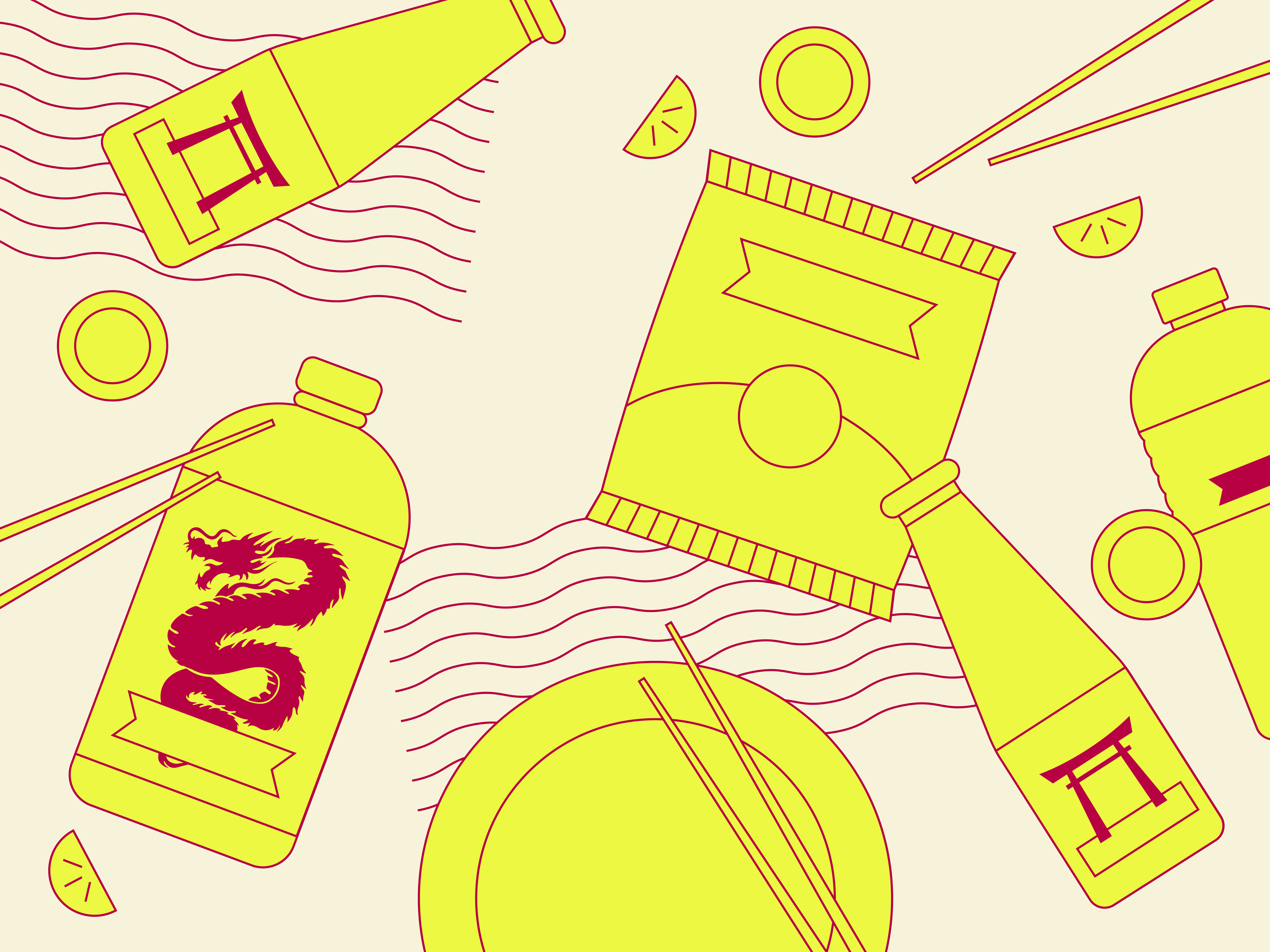 Why does the “ethnic” aisle still exist?

Despite ⅓ of the US population now consisting of immigrants and their children, the “ethnic” aisle in most mainstream grocery stores continues to other POC communities.

Growing up as a first-gen Vietnamese American and daughter of refugees in a 98% white town south of Boston, I internalised a lot of shame associated with our food. I knew what my family ate was different from my friends’, as we went to different grocery stores for specialty items, or would settle for diluted products in the “ethnic” aisle in mainstream grocers. This aisle, usually a small one in the back of the store, always felt sad to me and young Kim didn’t fully understand why.

It was always a segregated section, and often a hodgepodge of ingredients, condiments, and staples across POC cuisines - from black beans and Sriracha to tortillas and coconut milk.

It’s first important to understand the historical origins of this “ethnic” aisle. The modern supermarket, as we know, emerged in the 1930s - small mom ‘n pop shops and crowded city living gave way to suburban sprawl and large grocers. By the middle of the 20th century, “ethnic” aisles were formed to meet the newfound interest in international flavors by servicemen who were abroad during World War II. And thus, the “ethnic” aisle was born to cater to a white, suburban population.

But what does “ethnic” even mean? According to NYU professor and author of “The Ethnic Restaurateur” Krishnendu Ray, it became a catch-all term for foods that aren’t Black or white.

The aisle is a literal manifestation of othering, separate from and not worthy to be the “norm.”

Interestingly, Ray also notes that, “when we call food ethnic, we are signifying a difference -- but also a certain kind of inferiority.” This aisle often reinforces that “ethnic” connotes cheaper, less valued foods.

What’s most striking to me is that this entire conversation is inherently centered in whiteness, as that perspective is the purported authority on what is considered “ethnic.” Some cuisines and communities (i.e. Italian, Greek) have been allowed to transcend this aisle - a reflection of immigration patterns in the late 1880s and perceived proximity to whiteness.

It’s clear, though, that the DNA of this country is changing. Minorities’ buying power was $16 trillion in 2018, and is expected to grow to $19 trillion in 2023, according to the Selig Center for Economic Growth. Asian Americans, in particular, have a rapidly-growing buying power that is projected to increase to $1.3 trillion by 2023 (Nielsen).

Between this growing POC population + wallet and the nation’s excitement for these flavors + stories, the “ethnic” aisle’s time is up. According to prolific figures like David Chang, it’s no longer a question of acceptance - rather, it’s a statement in perpetuating an antiquated view of how America looks and eats.

The existence of this “ethnic” aisle sends a message about how we collectively value these cuisines + their place at the American dining table. And while this aisle continues to burst with flavor + innovation from small POC-run brands, it’s not fair to expect these communities to settle for scraps of representation when it comes to how our cuisines are showcased.

Most mainstream grocery stores continue to perpetuate a diet rooted in white Americana - which is not the future of this country’s continually diversifying palate.

We are hopeful for a future where this aisle no longer exists and instead, products are classified by functional category. A future where gochujang sits next to mayonnaise and achaar, and rice noodles sits next to pasta and sweet potato noodles. Re-imagining this modern, more equitable grocery store creates room for more widespread discovery and adoption - in a fair way for both culturally voracious consumers and change-making POC makers + artisans.

This post is based on learnings the Omsom team has had through the journey of starting the brand. We welcome any respectful #foodforthought as we work to better understand, unpack, and work through many of these stereotypes in an unfiltered and personal way. news
Black Lives Matter - A Note from the Omsom Founders news
Omsom on the TODAY Show!