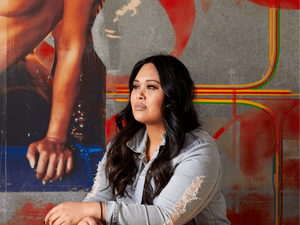 There is no other way to describe Nicole Ponseca, owner of Jeepney, other than a powerhouse.

In addition to being CEO of Jeepney, Nicole is also the co-author of James Beard-nominated I Am a Filipino. When you first meet her, it is immediately clear that you're with a star. It is wickedly easy to get swept up in her charming personality and infectious laughter - Nicole is a delight to be with.

To focus solely on that ignores why Nicole is really here: to smash everything you thought you knew about Filipinx cuisine and culture. Nicole paved the way for modern Pinoy food in NYC with Jeepney and Maharlika (which closed its doors in 2019 after nine amazing years) in the East Village. It is impossible to ignore that every choice at her restaurant and on her menu is in service of her activism and bringing visibility to a country and cuisine that is profoundly unique on the continent of Asia.

From being one of the first in Manhattan to have a pulutan menu to proudly naming a cocktail Ayala Ave to featuring Filipina trans activist, Geena Rocero, topless on Jeepney’s walls, Nicole brings a next level of intentionality to her work. It is clear that her restaurant empire is step one on her road to global domination. Her ambitions transcend the walls of Jeepney, which exists to not only showcase Filipinx culture and cuisine, but also to subvert everything you thought you knew about this country.

It is simultaneously a love letter to Manila and a middle finger to your expectations and prejudices. Nicole embodies Big Buzz Lightyear Energy - her energy feels like it’s to infinity and beyond. She is a killer combination of charm, resilience, and intention - and she's re-imagining what it means to be a WOC business owner in 2020. She’s here to confuse, shake up, and rattle.

The experience starts with the dishes at Jeepney, but then moves into your kitchen with her award-winning cookbook. Now, you can feel Nicole's zest and fearlessness as an Omsom Tastemaker - with the Filipino Sisig Starter.