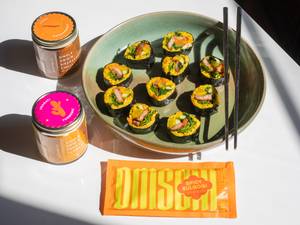 Sprinkle with a few more sesame seeds and serve with soy sauce for dipping for some extra damn delicious flavor! 고추장 불고기: a KBBQ fave - a mouthwatering balance of sweet, smoky, and spicy